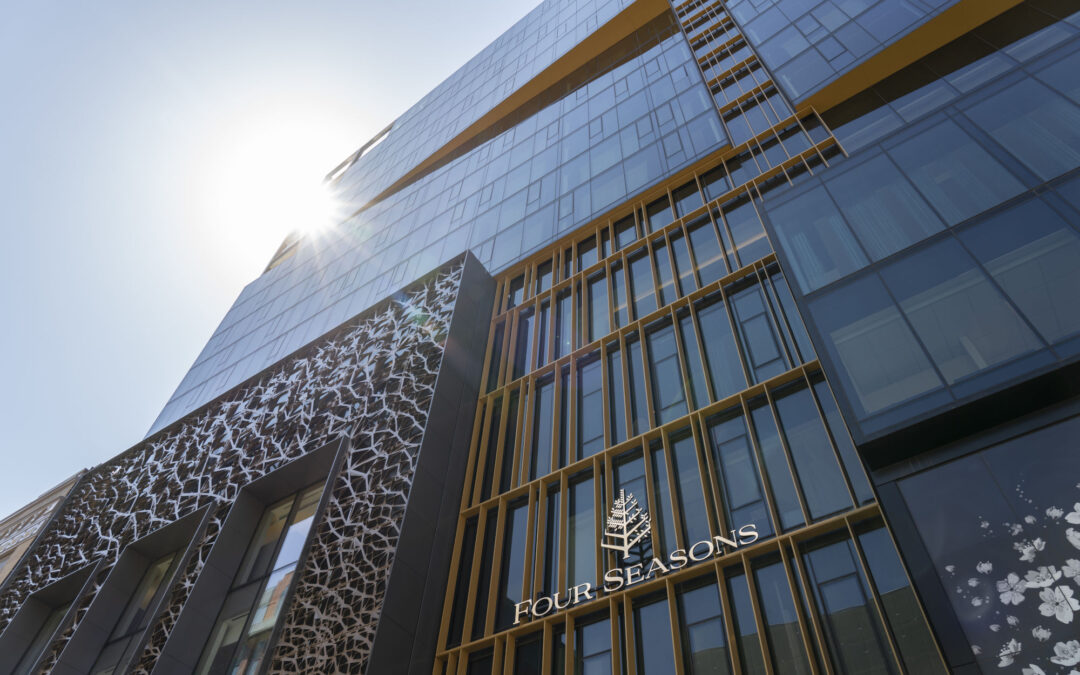 At only a few steps from Holt Renfrew Ogilvy, you have direct access to the luxurious Hotel Four Seasons. If you have the time to end your journey with a cocktail on the magnificent terrace of Marcus restaurant, you’ll have the chance to have a closer look at the Leonard Cohen.

Also located in the heart of the Golden Square Mile, the new Four Seasons Montreal Hotel enriches the city’s luxury ecosystem and redefines it, betting on gastronomy and sophistication without white gloves. The new 18 floor building now displays its elegance and modernity on de la Montagne Street. The central point of Four Seasons Montreal is its “Social square ” : a large open space located on the third floor of the hotel, which includes the reception, Marcus restaurant and its terrace, as well as two bars. The layout, decor and the musical atmosphere of this common area were imagined by the designer Zébulon Perron and his team.