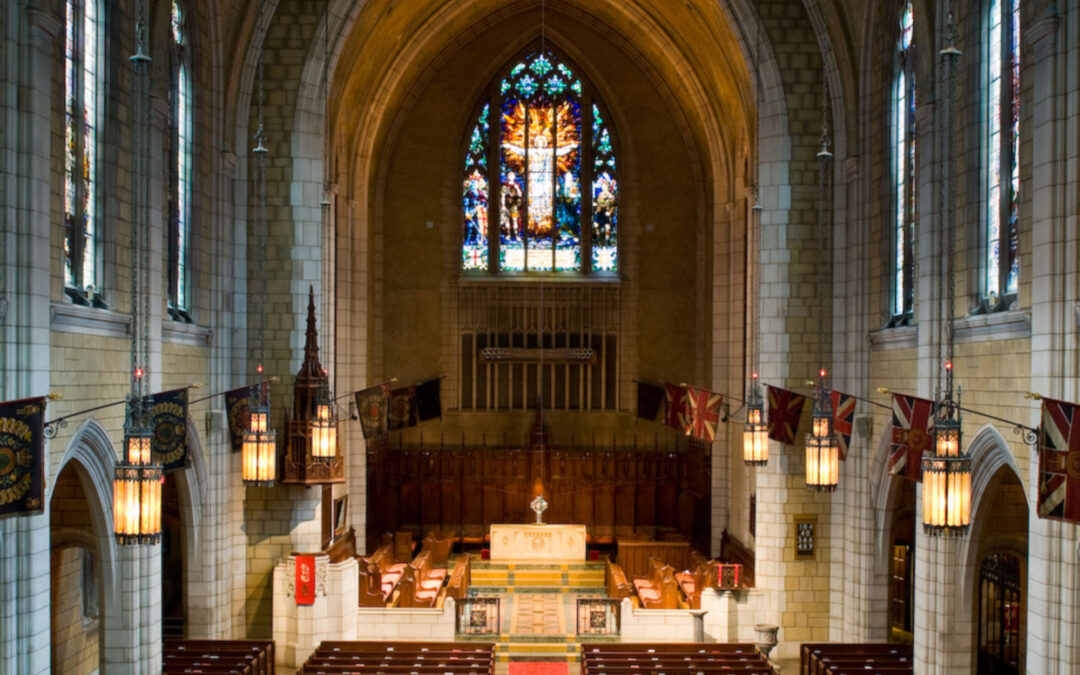 Now, cross Sherbrooke Street and get to St. Andrews St. Paul Church. It will be difficult for you not to be amazed by the magnificent interior cladding in white stone and the stained glass windows of this church, and especially about its magical little secret garden you can access during the day by the right side of the church.

This Presbyterian Church, built in 1932, is one of the most important institutions of the Scottish community of Montreal. Its interior is clad in stone and the huge stained-glass window overlooking the high altar commemorates fallen soldiers during the First World War. The actual Church of St. Andrew St. Paul, erected in 1932, is located at the angle of Sherbrooke and Redpath Streets. The idea of this new church was born in 1918 from the fusion between the two presbyterian congregations formed in the previous century.

Note: open Monday afternoons and Monday to Friday during the month of July and August.