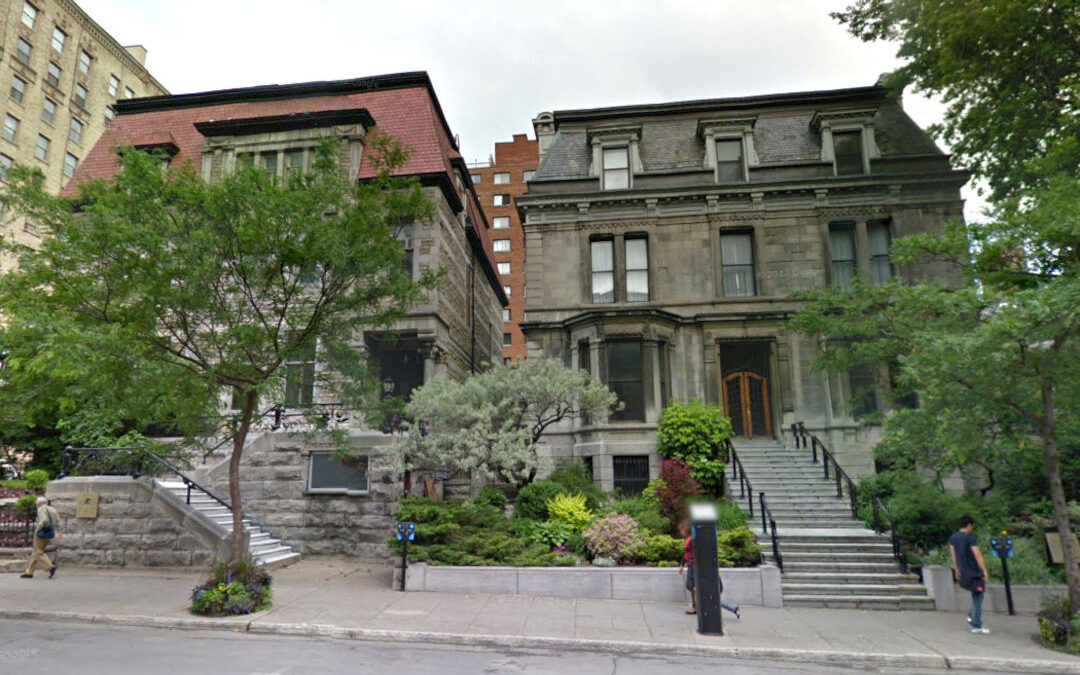 Continue your walk going through Sherbrooke street and admire the private clubs such as the Forget House and the Mount Royal Club as well as the multiple victorian residences. For the most adventurous, you can go all the way up McTavish street until you reach Des Pins Avenue and then go back down going through Peel Street.

Work of renowned Montreal architects Edward and W. S. Maxwell, who also conceived the qui Montreal’s Museum of Fine Arts in 1911 and an example of bourgeois architecture at the end of the 19th century, which reflects the wellness of the Golden Square Mile by a variety of styles and elaborate ornamentation. Its owner, Louis-Joseph Forget, is one of the rare francophones in the predominantly English-speaking environment of the Golden Square Mile. Successful broker and financier, he was elected president of Montreal’s stock exchange in 1895. Also president of the Montreal Street Railway company as of 1892, he became the first French Canadian il devient le premier Canadien français to sit on the Board of Directors of the Canadian Pacific Railway Company.

The James-Reid-Wilson House is now occupied and fairly well maintained. It is one of the rare houses of Sherbrooke street which bear witness to history from Montreal’s XIXth century that citizens and visitors should remember. Many bankers once occupied the house, followed by students, a distillery and then a wine merchant. It has on the side of Drummond Street, the only original window.

The Club Mont-Royal is one of the oldest private clubs of the city of Montreal. It was founded on September 23, 1899 by old members of . Club St-James who disagreed with the overly liberal atmosphere that reigned there. The dissidents then founded a new, more selective club reserved for the Montreal upper bourgeoisie. Among the members of this closed circle, we find Baron Strathcona and Mount Royal, Donald A. Smith, George A. Drummond, Hugh M. Allan, Richard B. Angus and Louis-Joseph Forget.